At Manjay, we serve a variety of delicious, colorful, and high-quality foods inspired by our Caribbean roots. We prepare our food efficiently, and we make sure that we provide our customers with safe, high-standard ingredients at a reasonable price.

Celebrate diversity with us through our fresh, modern approach to presenting Caribbean-inspired cuisine, all while honoring our core values of safety and integrity in the food we serve. 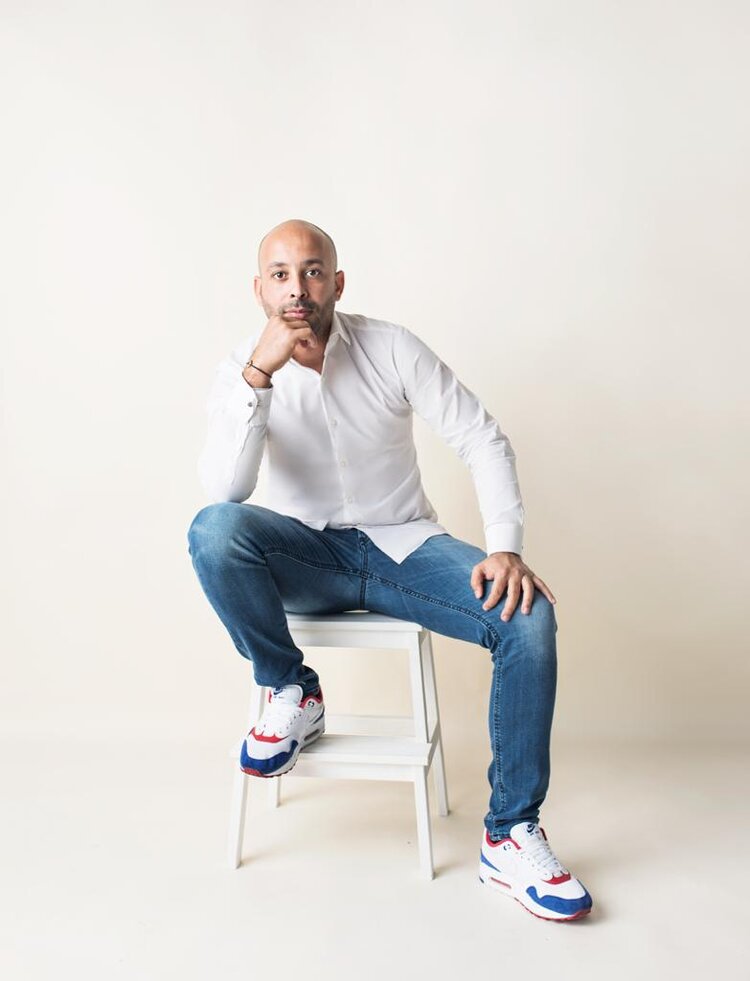 Christian was born and raised in Haiti, from Haitian parents. He grew up in a hospitality family. His maternal grand father owned 2 hotels and 2 restaurants when he was a kid but he never really understood what it was and he wasn’t really exposed to the operational side of it.

He recalls -“it was pretty cool to be able to go eat at a restaurant, sleep in a hotel and swim in the hotel pool without having to pay for it”. As a young kid, he was always attracted to the kitchen when he discovered that all you need to add was sugar to bottled pasta sauce to call it cooking.

There weren’t many things he liked so he ended up eating the same things over and over. He really learned how to cook at the age of 19, when his grand mother came for a visit during his Concordia University years in Canada. He always loved his grand mother’s cooking; she made the best dishes out of nothing.

One day she told him in creole –“listen boy, you are as skinny as a pine tree so I’m going to teach you how to cook so you can start eating”.

He said it was very funny the way she spoke; she always cracked him up when she spoke. So that day, she taught him how to roast a chicken. They spent many hours in the kitchen during her trip cooking rice, making soup, and tournedos. That’s when his love for food was born. Surprisingly, he was really good at it and he started cooking things he used to love as a kid. He then started to cook for friends. A year and a half later, he switched majors and moved to Miami where he graduated with a Bachelor’s degree in Hospitality Management at Florida International University.

Though he was learning the business side of hospitality to go back to Haiti and work in the family business, his real love was creating new dishes, blending flavors, and ending with something original and flavorful. He loves going to fusion restaurants and discovering how flavors blend together. He is still a very picky eater but he tends to be picky about where and what to eat. If it doesn't look or smell good to him, he would rather cook his own food. By no means is he a chef; he respects that profession way too much to be a self-proclaimed chef.

After Graduation, he moved to Haiti and helped his family start one of the best hotels in Haiti. His grandmother passed away exactly 2 years after he moved back to Haiti; it was one of the worst days of his life. He still feels her presence in his food and in the creativity she woke up in him.

After a couple of years, he went back to his grandfather’s first hotel, which by that time was a bit rundown, outdated, and almost in bankruptcy. During his time there, he was able to turn it around and get the hotel back to its prominent years, posting record revenues in his first 2 years. After 3 years, he decided it was time for him to do his own thing, so he left the hospitality industry and tried different things. He then started to work with his father who owns a shipping company, which led him to travel throughout the Caribbean.

While going through all these changes and adapting to his new life, he kept having these visions in his head, about opening his own restaurant. It wasn’t until he spoke to his wife about it that it became an idea. She was very supportive of the idea so she started doing some research on his behalf. She knew he didn’t just want to have a restaurant, but that he wanted to do something that was different and that reflected his personality. If you didn’t know, for Christian -

"Caribbean food has the best flavors you can find out there".